The newly sworn-in governor of Kogi State, Yahaya Bello, has made his first appointments a few hours after his inauguration.

In a release he signed on Wednesday, Mr. Bello named Edward Onoja as the chief of staff to the governor.
Mr. Onoja, who hails from Ogugu in Olamaboro Local Government Area of the state, held management positions in several companies in financial and oil and gas sectors of the economy. 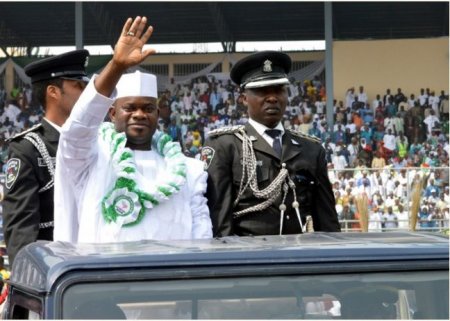 In his inaugural speech, Mr. Bello referred to Mr. Onoja as “my right hand man”.
The governor also announced the appointment of Abdulkarim Abdulmalik as special adviser on media and strategy to the governor.
Mr. Abdulmalik, a journalist, hails from Ihima in Okehi Local Government Area of Kogi State.

The appointments are with immediate effect.