Politics Kwankwaso - I Am Still In APC

According to THE CABLE, Kwankwaso in a statement issued on his behalf by Suleiman Bichi, former secretary to the government of Kano, said, '' I want to affirm that Senator Kwankwaso is still in the APC, and as is his trademark, he is loyal to any course he believes in. Such is the case with the APC.” 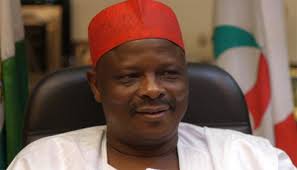