Abdulaziz Jamiu of Oke-Awo Compound, Okeya in Ifelodun Local Government Area of Kwara State is remanded in Mandala Minimum Prison in the outskirts of Ilorin. 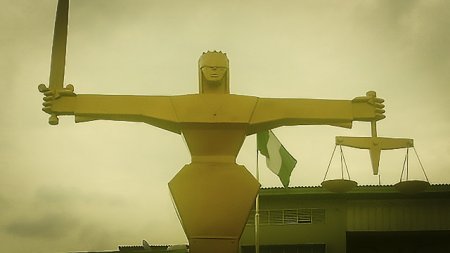 The suspect who claimed to be a marabout was charged for attempting to hypnotise a student in order to rape her.

The girl is said to be student of a tertiary institution in the state.

The suspect is being charged under Section 217 and 95 of the Penal Code.

Jamiu was alleged to have charmed the student and commanded her to follow him to his office at Oke-Awo, Compound, Okeya where he ordered her to stripe naked.

The suspect was alleged to have shaved her pubic hair with a razor blade in his office and gave her a powder-like substance to rub on her private part.

Plea for leniency by counsel to the accused person were turned down by the presiding magistrate, Shade Lawal, who said the matter was an ongoing case.

Delivering her ruling on the bail request, Magistrate Lawal ordered the suspect to be remanded in prison custody and adjourned the matter to March 30 for further mention.

Dec 2, 2016
kemi
K
M
Metro You Wife Is A Harlot, I Know Her Very Well And I Have Been Sleeping With Her - Man Tells Neighbour