Metro Lagos Does Not Belong To Yorubas - Oba

FREE Nigerian Business Directory
✅ NEW - get your business listed and your information shared across social media.
Ad
Oba of Lagos, Oba Rilwan Akiolu, has allegedly issued a statement saying that Lagos State is not part of Yoruba land. 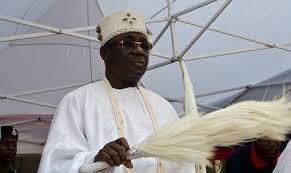 “Coming from the palace, with what I was told by my late paternal grandmother who is a descendant of Oba Ovonramwen Nogbaisi and also reading from factual Historical books, let me share this Knowledge with you all on Eko/Lagos.

“It was a major centre of the slave trade until 1851. Lagos was annexed by Britain via the Lagos treaty of cession in 1861, ending the consular period and starting the British Colonial Period. The remainder of modern day Nigeria was seized in 1886 when the Colony and Protectorate of Nigeria was established in 1914 Lagos was declared its capital due to the struggle of the Bini King.

“Lagos experienced growth prior to the British Colonial rule and even more rapid growth during the Colonial rule throughout the 1960s, 70s, continued through the 80s and 90s till date. Thanks to the Awori’s, Bini’s, Yoruba’s, migrants across the nation and world at large, as no particular group of people can take the glory alone.

“The Awori’s and Bini’s are known to be the first settlers of the Eko land. The Awori’s are speakers of a distinct dialect close to that of the Yoruba language with a rich Bini mixture. Traditionally, Awori’s were found in Ile-Ife, they were known to be the Bini’s who followed their self-exiled Prince, the first son of the Ogiso (now called Oba) of Benin Kingdom, whose step-mother was after his head.

“The exiled Benin Prince Izoduwa known to the Yorubas as Ooduwa (Oduduwa) was made ruler of the Ife people due to his powers and followers from the Great Benin-Kingdom.

“Izoduwa (Ooduwa) was made the first King of Ile-Ife in 1230 AD. His followers from his father’s Kingdom in Benin are the today’s Awori people who settled in Eko now called Lagos.

“In the 1300, the King of Benin-Empire heard from one of his traders who was a settler in Eko on how the Bini’s were treated by the Awori’s who lived in their area. Upon hearing this, the King of Benin commanded the assembling of a war expedition, led by his son, Prince Ado, which headed the settlement of the Awori’s and demanded explanation.

“On arriving Eko, Prince Ado and his Army were more than received. The Aworis asked the Bini Prince to stay and become their leader. Ado agreed on the condition that they surrender their sovereignty to the Oba of Benin, to which the people agreed. Hearing this, the King of Benin gave his permission for Prince Ado and the expedition to remain in Eko.

“The Oba of Benin sent some of his chiefs including the Eletu, Odibo, Obanikoro and others to assist his son, Oba Ado in the running of Eko.

“From the crowing of Prince Ado as the first Oba of Lagos (then called Eko), Lagos served as a major center for slave trade from which the Aworis, the Oba of Benin and his son the Oba of Lagos and all the children/descendants who took over as his successors for over four centuries supported the trade.

“The Oba of Benin was the head of the Benin Empire which are the present day Western, Southern and Eastern modern day Nigeria. The King never obliged anyone to speak the Bini language as he believed everyone was entitled to their own choice of language.

“The name Eko was given to it by the first king of Lagos, Oba Ado, the young and vibrant Prince from Benin. Eko was the land now known as Lagos Island, where the king palace was built.

“The palace is called Idugaran meaning “palace built on pepper farm” Oba Ado and the warriors from Benin together with the early Bini’s settlers in Eko and the Awori people settled in the southern part of Eko called “Isale Eko”. “Isale literally means bottom “. Must have been used to indicate downtown (as in down town Lagos)

“Until the coming in of the Benin’s 1300AD , Lagos geographical boundary was Lagos mainland, Lagos Island, the seat of the Oba of Lagos then consisted of a pepper farm and fishing post. No one was living there.

“About 1450 AD some Yorubas who hailed from Isheri in Ogun-state and Ekiti were allowed by the King to settle in Eko during a war, they came in a very large numbers thereby surpassing the numbers of the Awori’s and Bini’s. (Hence Yorubas claim to own Eko due to their numbers).

“Oba Ado fell in love with a beautiful woman whose father was Awori and mother a daughter to one of the chief; they had two sons and also a daughter Erelu Kuti, who begot Ologun Kutere who later became King.”

Curators
Did this come from the palace? or someone trying to make trouble @RemmyAlex @Jules @Oluogunjobi @Samguine @ese
R

I'm hearing this for the first time
O

This is just non-sense. whatever is going on between the obas should be resolved before another round of issue comes up. cant believe this piece came from oba of lagos.
N

Wetin I sabi there? Nothing. Next news then
B

It does not belong to the ibos either
N

You guys know better than I.
A

Not sure it came from the Palace. Daily post sha knows best. However, i've read this account of history from multiple sources
M

Lagos is no man's land

Every tribe and tradition have claims to their own history. Even in the origins of man, every race and religion differ and they have stories to back it up. Don't be surprised if someone from Ife or Ekiti comes up and say this is false and then release their own version of history.
O

Infact,according to the oba of lagos account,it is very clear that lagos does not belong to the so call Oni of Ife.The Binis has been saying the same thing times without numbers that lagos was founded by the Binis.
To get the record straigth,let those yet to known to visit Oba of Benin palace for the detail account of lagos.
Long live Oba Of Benin And long live Oba Of Lagos.
P

It is NOT from the Palace but that is the truth. Every Lagosian is aware of the Benin trait.

Even in history book, It is same. Lagos is an annexation of the Benin Kingdom while (Oba Eweka I, is Oranmiyan's son), who happened to be among the seven Oduduwa son that split across the South western states and some beyond Nigeria - Benin Rep and some part of Ghana.

History has been distorted and rewritten to suit particular writer for his readers. Another reason why we need HISTORY back in classes as a core subject from NURSERY to University Level
O

History has been distorted and rewritten to suit particular writer for his readers. Another reason why we need HISTORY back in classes as a core subject from NURSERY to University Level
Click to expand...

That has always been the case

I am hearing this for the first time o
M

I am not sure the story is from Oba of Lagos, if so what makes him to bring this story. We know and count Lagos to be Yoruba's place.

C
Metro Rilwan Akiolu: I remain Oba of Lagos whether some people like it or not – TODAY