Curators
FREE Nigerian Business Directory
✅ NEW - get your business listed and your information shared across social media.
Ad
Some officials from the Lagos State Government (LASG) on Wednesday inspected the burnt portion of Iga Iduganran, the palace of the Oba of Lagos, Rilwan Akiolu, on Lagos Island. 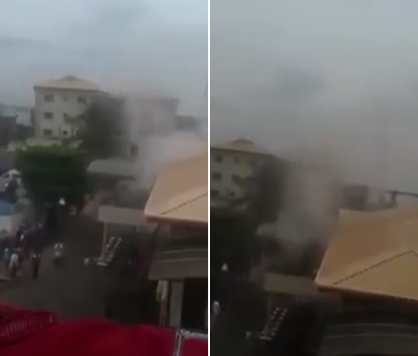 The visit followed a fire that gutted a section of the palace on Tuesday.

A reliable source within the palace disclosed this to the News Agency of Nigeria correspondent, who visited the palace.

The source, who pleaded anonymity, said the officials visited the palace to assess the extent of damage but did not make any comment after the inspection.

The source said that the fire affected a section of the new palace building and not the old one where traditional artifacts and relics are kept.

“A little portion of the new palace was affected by the fire outbreak but the ancient relics are still intact as they are kept at the former (old) palace.

“The Lagos State Government officials visited the palace this morning and had seen the burnt portion.

“I think it is the responsibility of the Lagos State Government to fix whatever was destroyed by the fire,’’ the source said.

What caused it if I may ask