Curators
FREE Nigerian Business Directory
✅ NEW - get your business listed and your information shared across social media.
Ad
The Lagos State Government has said that it would relocate the popular Computer Village in Ikeja to Katangowa in Agbado/Oke-Odo area of the State, just as it also disclosed that an embargo has been placed on approval for construction of filling stations in all parts of the State till further notice. 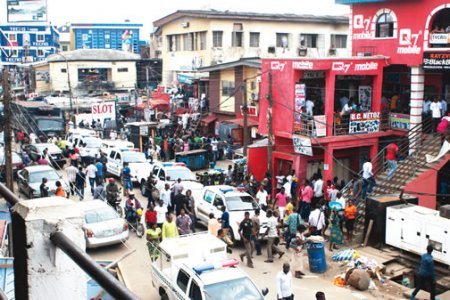 Commissioner for Physical Planning and Urban Development, Wasiu Anifowose said this on Tuesday while briefing the press in Alausa as part of activities marking the second-year anniversary of Governor Akinwunmi Ambode’s administration.

Anifowose also said that a definite action would soon be taken on indiscriminate construction of event centres across the State.
E

Curators
hmmm,@RemmyAlex wheres oke ado? is that not outside lagos?
P

ese said:
hmmm,@RemmyAlex wheres oke ado? is that not outside lagos?
Click to expand...

Loool . It is in Lagos on the Lagos-Abeokuta exp way. Extreme Lagos sha.

It is a welcome development, because Ikeja, is a residential area.
R

Wow! This is great