FREE Nigerian Business Directory
✅ NEW - get your business listed and your information shared across social media.
Ad
Not more than five firefighters with the Lagos State Fire Service were injured yesterday, in the Ajegunle and Surulere areas of Lagos State.

While an unnamed senior official had his ear cut with a broken bottle, another had a bottle smashed on his head, while three others were reportedly manhandled.

A fire truck was said to have also been damaged in the melee.

It was learnt that some hoodlums, who wanted to loot property in some buildings gutted by fire in the areas, resorted to attacking the firefighters to eliminate oppositions on their way.

A statement on Thursday by the Lagos State Fire Service said the officials ran for dear life to forestall a confrontation that could lead to total breakdown of law and order. 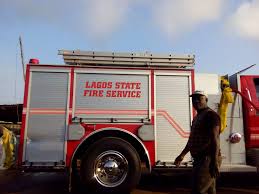 The Director of the Lagos State Fire Service, Rasak Fadipe, said such was the lot of firefighters in the state while striving to save lives and property.

It took the intervention of the Divisional Police Officer at Itire for intervening and rescuing the officers from further assault.