A man, Ezechima Patrick and his wife, Uzoima, were on Wednesday charged before a Yaba Chief Magistrates’ Court in Lagos over alleged rape of their 16-year-old housekeeper.

Ezechima, 42 and Uzoima, 37, who reside at No.14, Iyajesha St., Amikonle in Alagbado, a Lagos suburb, are facing a three-count charge of conspiracy, child defilement and rape.

The prosecutor, ASP Godwin Anyanwu, told the court that the accused committed the offences between June 1 and June 4 at their residence.

He alleged that the husband conspired with his wife to rape the teenage housekeeper.

"Patrick conspired with his wife to defile the 16-year-old girl. Uzoima had overpowered the girl for the husband to rape her".

According to Anyanwu, Uzoima threatened to stab her with a knife to force her to cooperate with her husband.

The couple, however, denied the charge.

In her ruling, the Magistrate, Mrs Yewande Aje-Afunwa, granted the accused bail in the sum of N100, 000 each with two sureties each in like sum. Further hearing in the case was fixed for September 22. 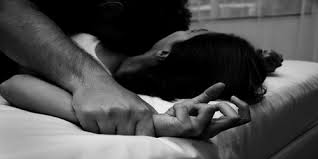