FREE Nigerian Business Directory
✅ NEW - get your business listed and your information shared across social media.
Ad
The students of Babington Macaulay Junior Seminary in Ikorodu, Lagos State; Timilehin Olosa, Tofunmi Popoola and Deborah Akinayo were kidnapped by gunmen on Monday on their school premises.

PUNCH gathered that they were rescued by policemen and other security operatives at the Imota area of Ikorodu on Sunday.

Due to public outcry the Inspector-General of Police, Solomon Arase, sent his special team to Lagos to take over the operation. 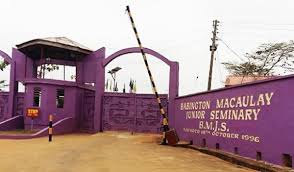 “At about 5am on Sunday, over 500 operatives, comprising the IG team, the Lagos State Police Command and other security agencies stormed Imota and rescued the schoolgirls at the Igbo Okuta Bridge area of Ikorodu,” a source said.

Two other suspected kidnappers were arrested during the operation.

Read More on PUNCH
You must log in or register to reply here.