For Sale - One Bedroom Executive Flat - Lagos (NGN37m)
✅ NEW - car park, swimming pool, 24 hours light/security and more.
Ad
Seven people, including a pregnant woman and a baby, were, weekend roasted to death, while five officials of Ogun State Traffic Compliance and Enforcement Agency TRACE, and an unspecified number of traffic police were injured by hoodlums at Kara, along Lagos/Ibadan expressway.

The accident, which involved an 18-seat bus, occurred at about 3.30pm as the vehicle, which took off in Lagos reportedly went up flames.

Vanguard gathered that the commercial bus painted in white colour, with blue stripes suddenly developed leakages on the fuel tank, which spilled its contents.

One of the passengers was said to have noticed a spark from the engine and raised the alarm which made the driver to stop abruptly in order to check the cause of the incident. 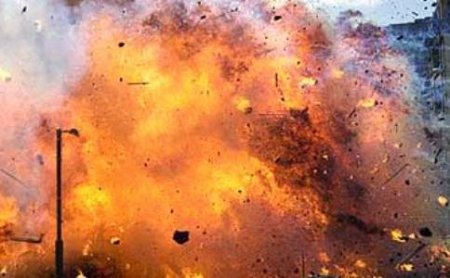 Jan 2, 2020
ese
E
E
Metro Pregnant woman and her five children among 7 people burnt to death by 'satanic' group who wanted them to "repent for their sins" (Photos) - LIB