For Sale - One Bedroom Executive Flat - Lagos (NGN37m)
✅ NEW - car park, swimming pool, 24 hours light/security and more.
Ad
It was a sad end for Pastor Augustine Kadurumba of the Mountain of Solution Ministry, Akesan who was arrested and charged before Ejigbo Magistrate’s court for impersonation and unlawful possession of Nigeria police Identity card in Lagos State Western Nigeria.

The court ordered him to be remanded in prison custody at Kirikiri, Lagos.

Kadurumba who resides at 20 Benson Onyeacholam street, Igando, was dismissed from police 19 years ago as constable for gross misconduct by the Nigerian Police Force.

That did not stop him from parading himself as policeman until he was eventually arrested.

Police sources said Kadurumba who hails from Imo state promoted himself to the rank of police Sergeant and upgraded his identity card as his mates still serving got promoted to that rank. 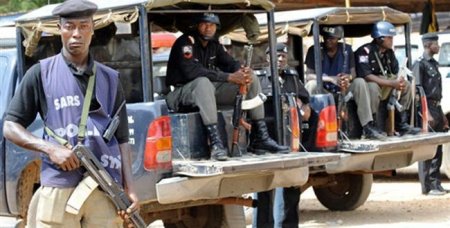