For Sale - One Bedroom Executive Flat - Lagos (NGN37m)
✅ NEW - car park, swimming pool, 24 hours light/security and more.
Ad
Residents of the popular January 27 road, a monumental location where over one thousand people perished during the Lagos Armory explosion tagged “Lagos bomb blast” in 2002 are full of jubilation as Lagos State Government commences a full construction of the long stretch of the road.

It was discovered that the stretch of the road which measures about 1,256m had been in a terrible state which hinders vehicular movement and often get flooded during raining season.

A visit to the area recently by the Governor of Lagos State, Mr. Akinwunmi Ambode, expressed displeasure about the deplorable state of the road, hence directed the Lagos State Public Works Corporation to quickly fix the road. 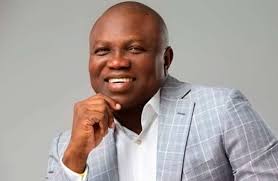 An on the spot assessment of work done on site carried out by the team of the Public Affairs Unit (LSPWC) reveals that construction work was speedily going-on on the road with earth excavation, carting away and base work massively being done by the corporation’s gangs, on the January 27 road, Peter Agha and Alimi Bada Street respectively.

Speaking with a resident and Landlord in the area, Mr. Nnemeka Anyaagu commended the effort of Governor Akinwunmi Ambode for remembering them. He said, the road had been shut down for years which really affected economic activities. “A lot of businesses have been shut down as a result of the bad road but since the presence of the Lagos State Public Works in the area, our hopes have been rekindled” said. Anyaagu.