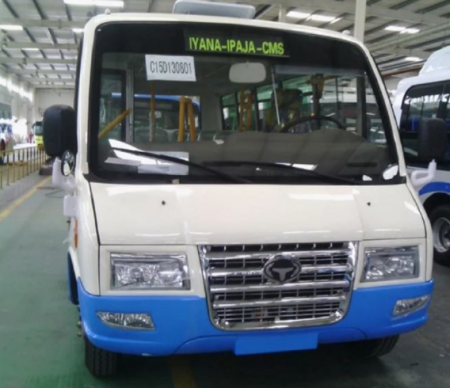 Governor Ambode, who spoke to journalists, said his administration had identified the challenges Lagosians go through on a daily basis commuting via public transportation, saying the reform was aimed at providing a viable alternative.

He said the Bus Reform Initiative is a three-year plan aimed at introducing over 5000 air-conditioned buses to replace the yellow commercial buses, popularly called Danfo, which according to him, was no longer befitting for the State’s mega city status.

“We decided that the best thing is to allow the yellow buses go and so the Bus Reform Initiative itself is a three-year plan of 2017 to 2019 in which it intends to bring in new buses of 5,000 units in the three-year plan.

Speaking on how the government intends to fund the initiative, the governor said that his administration would launch a public transportation infrastructure bond of N100 billion that would span between seven and 10 years, revealing that the government already has a sinking fund which it intends to put into the bond.

Curators
we've been here before. Whatever happened to city buses!
M

In 6 months, you will not be able to differentiate between the new buses and the danfos

Feb 11, 2017
Bauchinbauchi
B
K
Metro How We Plan To Take Yellow Buses Off Road – Lagos Govt