FREE Nigerian Business Directory
✅ NEW - get your business listed and your information shared across social media.
Ad
Nigeria's Federal Government on Monday denied a report released by the BBC that it paid the sum of two million euros to Boko Haram to secure the release of the 82 school girls abducted by the Islamic terrorist group in 2014 in Chibok, Borno State.

The Minister of Information and Culture, Lai Mohammed made the denial on behalf of the Federal Government. 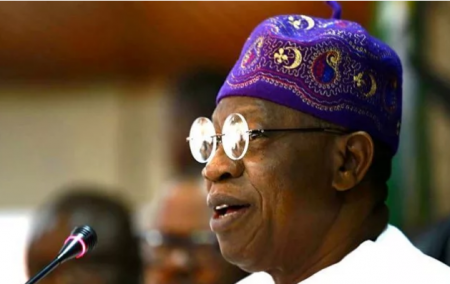 Mohammed insisted that apart from the five commanders of the group that were freed, no other deal was reached.

According to him “Apart from the five Boko Haram commanders, the exchange of which we have already made public, no other concession was made.

“Any other thing to the contrary is absolutely false.

“I emphatically deny on behalf of the Federal Government that any sum of ransom was paid in exchange of the 82 Chibok girls.”

Curators
OK, so who got the 2 million Euros? Was that paid to the negotiators or consultants?
A

You are your name! It has been long I have been hearing that lai is a liar and am beginning to see the proof myself
U

U sure he's telling the truth
V

2millon. U sure or its 3million