Curators
For Sale - One Bedroom Executive Flat - Lagos (NGN37m)
✅ NEW - car park, swimming pool, 24 hours light/security and more.
Ad
The corpse of Allwell Orji, the medical doctor who jumped into the lagoon from the Adekunle axis of the third mainland bridge in Lagos, is yet to be found. 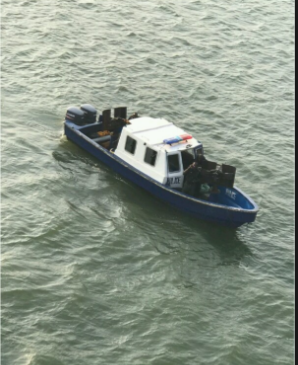 Orji took his life around 4:50pm on Sunday after ordering Henry Ita, his driver, to park on the popular bridge.

According to reports, he was on his way to a meeting of Medical and Dental Council of Nigeria (MDCAN) when the incident happened.

Ita, who was taken to the Adeniji Adele Police station, said the deceased had told him that he wanted to ease himself.

“The body is yet to be recovered as the Lagos State Emergency Management Agency and other stakeholders are still on ground,” he said.

“The marine police and the local divers are still on the patrol of the area, while general manager of LASEMA has also advised fishermen and people doing business around the waterways to inform the agency in case any floating body is discovered on the water.”

Metro Daibo Davies, man who jumped into Lagoon was not a LASU graduate – Pulse Nigeria

Metro Identity Of Man Who Jumped Into Lagos Lagoon Has Been Revealed – Stella Dimoko Korkus.com