FREE Nigerian Business Directory
✅ NEW - get your business listed and your information shared across social media.
Ad
Aides of Senators and members of the House of Representatives, under the platform of National Assembly Legislative Aides Forum‎ (NASSLAF), yesterday threatened a showdown over alleged intimidation of their members.

According to DailyTrust, the forum has been enmeshed in crises over the emergence of two rival camps. 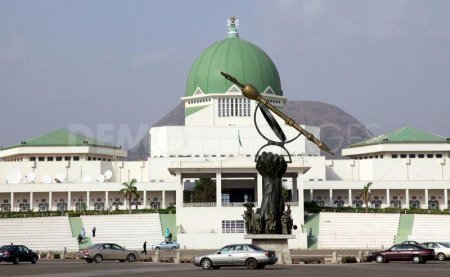 A statement issued yesterday by the public relations officer of Udeh’s camp, Yusuf Bamidele, said the continued use of the police to harass and intimidate the elected leadership of NASSLAF portends consequences, which could result in a breakdown of law and order in the National Assembly.

“We are reliably informed that a serving senator has influenced the police to re-arrest the duly elected chairman of the Forum, Darlington Udeh for the purpose of arraignment on spurious allegations yet to be investigated in order to pave way for the inauguration of an illegal‎ contraption, led by Samuel Melaye, a younger brother to Senator Dino Melaye.

“What this portends is gradual drive towards a total breakdown of law and order in the National Assembly, should they go on with their threat,” the statement added.
You must log in or register to reply here.