Curators
FREE Nigerian Business Directory
✅ NEW - get your business listed and your information shared across social media.
Ad
Leicester striker Jamie Vardy has been named the Football Writers' Association Footballer of the Year for 2015-16. 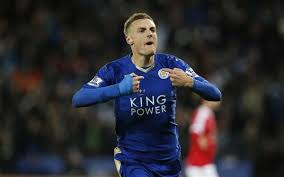 The 29-year-old has been outstanding for the Premier League leaders, scoring 22 goals in 36 appearances in all competitions for the Foxes.

He said: "It's a great honour to win such a prestigious award and to have my name added to a list of previous winners that includes some unbelievable players. Thank you to the Football Writers' Association and to everyone that voted.

"Thank you, also, to my team-mates, who are the reason I've been able to achieve anything. It's been an amazing season for all of us at Leicester, based on team-work, not individuals, which you can see in the voting.

"Thanks also to the manager, all the staff and the fans for their support. We're all totally focused on getting over the line in the final two weeks of the season and turning a great season into one we'll never forget.

"Hopefully I can contribute to that and, if selected, carry some good form into the Euros this summer."
You must log in or register to reply here.