In an exclusive report, Premium Times wrote; "The Liberian Government was aware that Patrick Sawyer, its citizen who brought the Ebola virus into Nigeria, had possibly contracted the virus from his late sister, yet cleared him to travel to Nigeria for a conference organised by the Economic Community of West African States [ECOWAS], PREMIUM TIMES can authoritatively report today.

Documents obtained by this newspaper showed that Mr. Sawyer’s employers, ArcelorMittal, an iron mining company, suspended him from work and isolated him after it became aware that he had contact with his sister who died of the virus on July 8. The company also issued an internal memo to staff of the company informing them that Mr. Sawyer had been referred to the Liberian Health ministry for testing and close observation. “A family member of an ArcelorMittal Liberia employee died on Tuesday, July 8th, in Monrovia due to a confirmed case of the Ebola virus,” the July 11 edition of Satellite, an internal newsletter of ArcelorMittal Liberia, said.

“The employee had minimal contact with the victim, at the state where the virus was infectious. “Doctors say the risk of potential transfer to any member of the ArcelorMittal staff or contractors is very low. The employee has submitted to the Ministry of Health for a medical examination for possible Ebola infection, and has also requested the Ministry of Health to make the result available to ArcelorMittal Liberia and its close affiliates.

“There is no evidence to suggest that the employee has been infected. Under the Ministry of Health guidelines, the employee is being monitored on a daily basis and will continue to do so for a period of 21 days. During this time the employee will be absent from work.” The July 25 edition of the Satellite, which announced Mr. Sawyer’s death, reads: “Patrick was last at the Buchanan site (of AncelorMittal) on 9th July when he informed us about the death of his sister. Having informed us of this news, Patrick was submitted to the Ministry of Health for a medical observation and isolation and requested not to return to work until he had passed through the incubation period. He has not been at the Buchanan site or in any ArcelorMittal office since that time.” 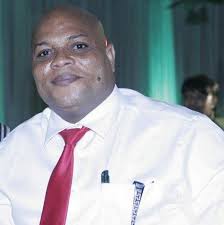