For Sale - One Bedroom Executive Flat - Lagos (NGN37m)
✅ NEW - car park, swimming pool, 24 hours light/security and more.
Ad
Are you planning of going to Lagos for the first time, here are some of the bus-stop that you keep tab on. Either day or night, you have to be careful when standing, walking, or even driving along these axis or else.

Some of them are rugged bus stops that only survive of the fittest can fits in. They are: 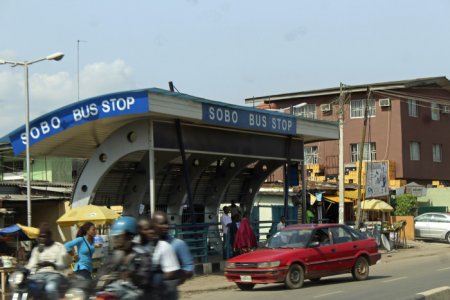 Oshodi Oke and Isale – the centre hub of all Lagos bus-stops. Its centre to and main garage for travelers after Ojota. 419ners, fraudsters are common around the area.

Law School Busstop – The area is unique, its on the main hub of Victoria island and robbers are also tushed. They approach you like a banker waiting to sipphon your money.

Ajah - In Ajah, Its always street fight like street fighters vide game. In the process, you will be rob off all your procession if you are not careful

Anyone going to Agidingbi in Ikeja from Berger will pass through a spot called First Gate junction. This is not a bus stop per se, but it has become a black spot where criminals attack people and dispossess them of their valuables without help from the security agents. Armed robbers always trail their targets to this point before they strike.

The name, Ijora sends jitters down the spines of most Lagosians due to the kind of crimes committed there. Ijora bus stop is home to a potpourri of criminal activities ranging from ‘one chance’ to gang rape, and they occur regularly. The boys usually hang around, smoking and drinking alcohol.

Mile 2 Oke
Hammers, knives, guns used to rob motorists in traffic jam
Another notorious spot, it is greatly feared by Lagos residents. Before the on-going construction of Lagos Light Rail Project, Mile 2 located under the bridge on Badagry Expressway used to be the most dreaded point in the area.

Church bus stop
Hidden haven of urchins, this bus stop is small but mighty. It is located before Agboju on Mile 2 – Badagry Expressway.