Metro [List] Most Popular Nigerian Homosexuals and Transgenders In The World

For Sale - One Bedroom Executive Flat - Lagos (NGN37m)
✅ NEW - car park, swimming pool, 24 hours light/security and more.
Ad
Lets quickly take minds away from politics and politicking and see into the social life of Nigerians who are into homosexuality and transgender activities in the world.

These people among others have openly admitted and come out to the world to say - Eh, I'm one and valid and they are operating within their spaces outside the shores.

Bisi Alimi
Bisi Alimi is a Nigerian gay rights activist, public speaker, blog writer and HIV/LGBT advocate who gained international attention when he became the first Nigerian to come out of the closet on television. Alimi gained notoriety in 2004 when he became the first Nigerian gay man to appear on Nigerian national television as a guest on Funmi Iyanda's show New Dawn with Funmi, a talk show on the NTA. That same year, Bisi had been diagnosed with HIV, and on the show Alimi confirmed his sexuality as a homosexual and asked for social acceptance from the public. His decision to come out of the closet generated both admiration and death threats. Consequently, Alimi was disowned by his family and most of his friends - including some in the gay community - and ejected from his home. On April 12, 2007 he was forced to flee Nigeria following threats to his life. He was granted asylum in 2009 by the UK, where he has been resident since. On December 8, 2014 he was conferred with British citizenship. 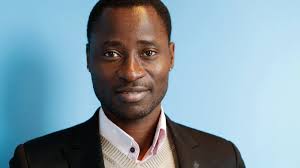 Roland Jide Macaulay
Rowland Jide Macaulay is the Director of RJMM.CO.UK, also the founding Pastor of House of Rainbow Lagos Nigeria and London United Kingdom. According to himself, he came out as gay after troubled heterosexual life. He got married in 1991 thinking his gayness would be cured. He divorced three years later when he realized his feelings for men could not be dissipated. He ran away to the UK after the persecution became unbearable for him. Jide went on to open the House of Rainbow Fellowship where lesbian, gay, bisexual, transsexual and inter-sex people are welcomed. He currently resides in the United Kingdom and recently celebrated his birthday. 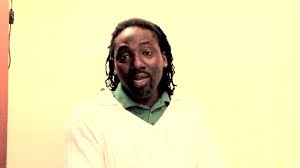 Oche Clifford - now Ms Sahara
The first Nigeria transgender man, Oche Clifford who is now Ms. Sahara, who was born a male before becoming a model and singer. She spoke of how happier she is that her dream of becoming a woman was achieved, crying tears of Joy when she saw her transformation. She has been known to stir the hornet with offensive speeches about how she supposedly hates God who created her. The 28 year old Miss Sahara contestant was born a man, living in Abuja for several years before moving to the UK about 7 years ago where she’s now living as a woman. She’s now a beauty queen, having participated in a few pageants. She (He) was 1st runner up at the 2011 Miss International Queen pageant. 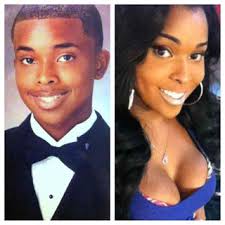 Dapo Adaralegbe now Stephanie Rose
Dapo Adaralegbe now known as Stephanie Rose after her transformation was also a man.
After his surgery that transformed him to the female sex, he moved to Spain because of fear of rejection. Back when he was in school, he started using make-up and dressing like a girl, which his fellow classmates found absurd. Dapo, as he was called back then, dropped out from the Obafemi Awolowo University over mounting pressures from the school on his gender identity and reportedly now resides in Amsterdam, Netherlands. Not only is he a transgender woman now, the former law student of O.A.U. has written a book titled ‘Nobody Goes to Heaven Because Nobody Goes to Hell Fire’, where ‘she’ was showing ‘her’ anger towards God and the disappointments she’s had in life. Some of the excerpts from the book were posted on her Facebook page which caused a lot of social media stir. 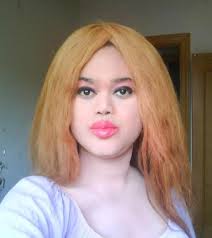 Other notable Nigerian transgenders include Candy La Mandy, who reportedly based in Canada and Rizi Xavier Timane, a life coach, minister and certified grief counselor residing in Los Angeles, California.

Can I get ur phone number? There's something want to discuss with. I serious