For Sale - One Bedroom Executive Flat - Lagos (NGN37m)
✅ NEW - car park, swimming pool, 24 hours light/security and more.
Ad
As Workers' day gets closer and labour union and associations are preparing to celebrate the May Day, reports say no fewer than 12 states are still owing their workers a backlog of salaries and allowances, despite double bailout funds from the Federal Government, with Kogi State owing as many as 15 months.

Vanguard investigations came as Organised Labour accused the Federal Government of owing civil servants a whopping N290 billion promotion arrears, lamenting that all efforts at making the government pay had not yielded any positive result.

Giving an overview of the salary situations across the states, Secretary-General of Association of Senior Civil Servants of Nigeria, ASCSN, Bashir Alade Lawal, told Vanguard that some states were still defaulting in payment, in spite of the huge bailout received from the Federal Government. 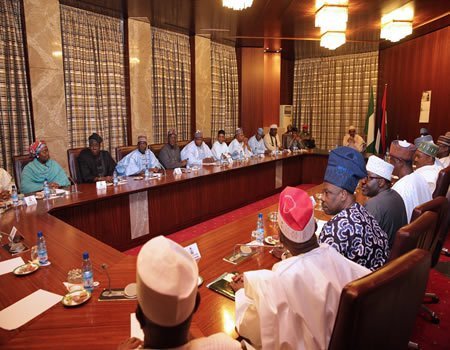 Imo, 2; as well as several months of unpaid allowances and

Ogun State - owes over six months of unremitted deductions from workers’ salaries for cooperatives, union dues, among others.
K

Very shameful. It's the poor masses that suffer most. The Senate and the House of Reps are not owed a penny and yet they do nothing apart from adding drama to incompetence and inefficiency.