Valdes is currently training with United, where he is currently undergoing rehab recovering from an Achilles injury.

The 32-year old has been without a club after leaving Barcelona in the summer.

Valdes had a medical at Monaco, but failed the tests and has been trying to secure a club since then, and Van Gaal is ready to hand him a lifeline.

“Every human being is special because they all have identities. It's a principle of my philosophy that you have to respect the individual human being. He's special because I've worked with him and we've retained our relationship, which is not always the case,”Van Gaal said.

“It is not a surprise because I have done it with lots of players. I have a relationship with a lot of them. I gave Ronald de Boer and Edgar Davids training possibilities in the past - Valdes is one of these players. Robin van Persie also. When he played for me in the Dutch squad, I allowed him to use our medical department to keep fit for the World Cup. I wasn't the manager of United at the time, so I have always done it." 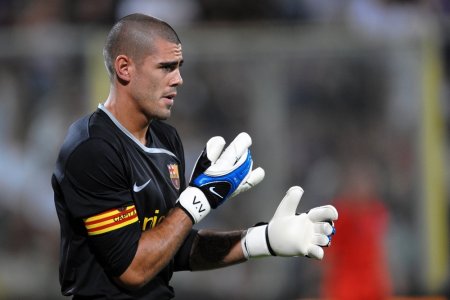 I believe Valdes still has a whole lot to offer. Will he return to his old form that saw him become number one at Barcelona?