Curators
FREE Nigerian Business Directory
✅ NEW - get your business listed and your information shared across social media.
Ad
Romelu Lukaku announced his arrival at Old Trafford by scoring twice on his Premier League debut for Manchester United as they embarrassed West Ham. 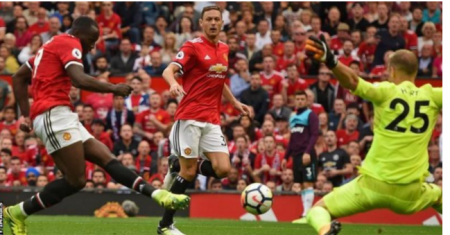 Jose Mourinho's team were a constant threat against a poor Hammers side, offering excitement and encouragement to their supporters on the opening weekend of the new Premier League season.

Lukaku, a £75m summer signing from Everton, put the Red Devils ahead with a rising drive off the post after racing onto Marcus Rashford's pass.

The Belgium international doubled the lead after half-time, glancing in a header from Henrikh Mkhitaryan's inswinging free-kick.

United teenager Rashford curled against the inside of Joe Hart's left-hand post before substitute Anthony Martial ended the match as a contest with a slick finish.

There was still time for a fourth, however, as Paul Pogba curled in from distance.
You must log in or register to reply here.