Podolski has been on the fringes for the Gunners and rarely considered to start in attack, playing second fiddle to other strikers.

And the German has become increasingly frustrated over his predicament and wants to leave Arsenal, but first he wants to speak with Arsene Wenger

"I want to play football - I'm not the type to sit on the bench. I'll speak to the coach" Podolski told German Sports daily, Bild.

Podolski, when he starts,is being shunted to the left side of attack, with Danny Welbeck and Olivier Giroud(when he is fit) selected over him in the centre forward role. 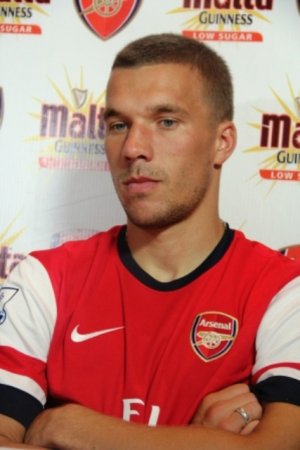 B
Sports Podolski Joins Galatasaray On A Permanent Deal