Curators
FREE Nigerian Business Directory
✅ NEW - get your business listed and your information shared across social media.
Ad
Theprit Palee, a psychic medium, accidentally killed himself while trying to prove his immortality to spectators. The 25-year-old had been putting up a performance in front of a group of people in Chiang Mai, northern Thailand when the accident occurred.

Theprit has been in the process of performing the traditional spirit dance on Monday afternoon when he accidentally stabbed himself in the heart.

The ritual is believed to honour the ghosts of ancestors and in previous shows, the blade of the sword usually breaks when it is pressed against the chest but in this case, it went straight into Theprit's heart, killing him. He was pronounced dead in hospital.

A resident called Noom Udorn said Theprit had provided readings for several years to local people and the sword always breaks rather than penetrate the flesh.

"This is a tradition that happens every year. The sword normally breaks but this time it went inside him," he said. "The medium has been respected for many years. People love him. He is one of people’s favourites."

Deputy Police Inspector Chaiwat Phan said officers arrived at the San Kamphaeng district of the province at 3pm on April 24 and found the medium bleeding. 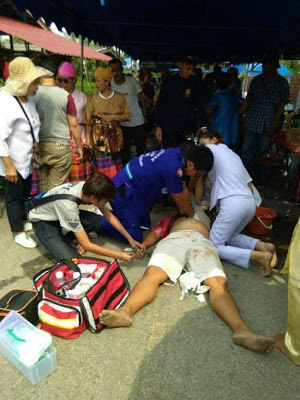 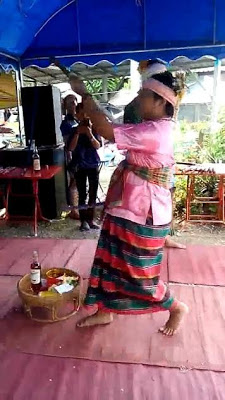 He will come back to finish it.
C

This is show those seeking the help of magicians that it can fail you today or tomorrow.

May 2, 2017
Khaleesi Dragonfire
K
K
World Pastor Kills Man After Being Caught Having Sex With His Wife in the Bush