Durable luxurious Sideboard in Maple Wood - ₦150k (made to order)
Maple Wood with 3 drawers and 2 doors
Ad
The Acting Chairman of the Economic and Financial Crimes Commission (EFCC), Ibrahim Magu, has tendered evidence before the presidential committee investigating the discovery of $43.4m and other currencies totaling about N15bn in a residential apartment at Osborne Towers, Ikoyi, Lagos.

The National Intelligence Agency (NIA), DG, Ayo Oke has since been suspended over claim to the funds.

The three-man investigation committee headed by Vice President Yemi Osinbajo is enquiring into the circumstances in which the NIA came about the money, how and by whose or which authority it was made available to the NIA, and to establish whether or not there had been a breach of the law or security procedure in obtaining custody and use of the funds. 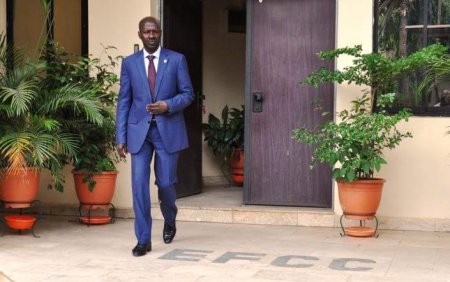 Magu appeared before the panel comprising the Attorney-General of the Federation, Abubakar Malami and the National Security Adviser, Babagana Monguno.

A Presidency source told Daily Trust that the documents Magu submitted to the committee were “evidential enough”. The source, however, refused to give an insight into the nature of information provided by the EFCC boss.
You must log in or register to reply here.