Metro Malami: Sowore, Dasuki released out of compassion — not international pressure - The Cable

Curators
FREE Nigerian Business Directory
✅ NEW - get your business listed and your information shared across social media.
Ad
Abubakar Malami, attorney-general of the federation (AGF), says Omoyele Sowore and Sambo Dasuki were released out of compassion and because of the government’s commitment to the rule of law.

Umar Gwandu, his spokesman, quoted him in a statement as saying this in interviews with the BBC Hausa and the Hausa service of the Voice of America.

Malami, who doubles as the minister of justice, said the release of both men was not due to either domestic or international pressure, and that his office received no letter from any US senator 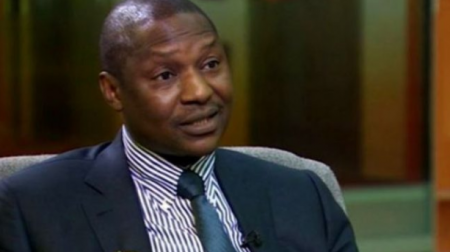