Durable luxurious Sideboard in Maple Wood - ₦150k (made to order)
Maple Wood with 3 drawers and 2 doors
Ad
The remains of a young parishioner, simply identified as Kachi, was found hanging in the early hours of Friday inside the hall of Our Lady of Lourdes Catholic Church, Port Harcourt. 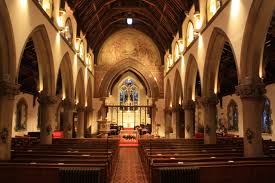 The News Agency of Nigeria reports that the development is causing panic among residents of the area.

NAN gathered that the deceased, an indigene of Imo, was a devoted Catholic and former Mass servant of the church.

Some parishioners at the scene told NAN that the deceased was a taxi driver who plied his trade at the popular Aggrey/Borokiri road in the city.

The parishioners expressed shock over the incident and wondered why the deceased would commit suicide, especially as he was considered a devoted Christian.

One of the parishioners who identified himself as Magnus, said that late Kachi was popularly known as Fabregas due to his football skills and dedication to youth activities in the church.

“Kachi, until his death, was about 20 years old; unmarried and a hard working young man who was loved.

“We tried to locate where he lived, but we were unable to do so due to the fact that he moved to a new apartment, which was unknown to us.

“As we speak, nobody has come out to say exactly why Kachi killed himself,” he said.

Meanwhile, the corpse of the deceased has been taken to an undisclosed morgue in Port Harcourt.

This incident should be carefully investigated. How could a young boy like that commit suicide
D

Suicide isn't the answer to our problems.

The church of the living God should arise to tackle this demonic spirits sent from the pit of hell drinking the blood of people. It must stop in Jesus name, amen
E

Sometimes i wonder why someone will take his own life
C

Suicide is really on a high side these days....People need to talk out their problems
You must log in or register to reply here.