FREE Nigerian Business Directory
✅ NEW - get your business listed and your information shared across social media.
Ad
A middle aged man and father of three in Onueke, Ezza South Local Government Area of Ebonyi State, Chinedu Nwoja is now telling the police why he defiled nine children, whose ages range between of six and ten.

Nwoja, who lives with the children in the same compound, is said to have been having carnal knowledge of the children for quite some time. 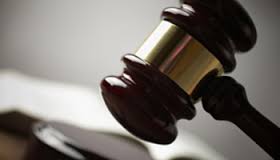 One of the victims, Precious (surname withheld), while narrating her ordeal, said Nwoja has had sex with her about five times and that he usually did that in secluded areas including inside his car.

The 10-year-old said at times she will be in deep sleep when the man will carry her to a corner in the compound and defile her.

“Last time, Chinedu carried me when I was sleeping in the house and dropped in a bush at the back of our yard and asked me to remove my clothes.

Metro Man, 68, confesses to defiling his daughter and her two friends – Instablog9ja