Metro Man Stabbed To Death After Winning Big in Lottery

Curators
FREE Nigerian Business Directory
✅ NEW - get your business listed and your information shared across social media.
Ad
A 35-year-old man, Ejike Onyejekwe, has been killed in the FESTAC Town area of Lagos State.

Punch learnt that the victim, who lived on 21 Road, K Close, FESTAC, was stabbed to death after winning a lot of money from a lottery. 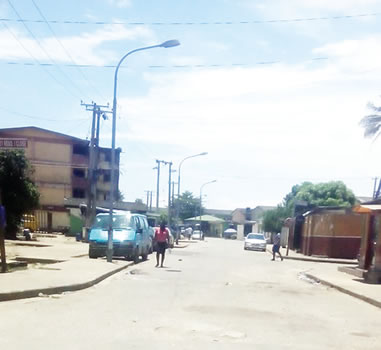 It was gathered that Onyejekwe, to celebrate the winning, bought drinks for his friends and threw a party last Thursday and Friday.

It was learnt that on Friday evening, he was heard arguing with an unidentified person on the phone.

He allegedly told his friend he was going to see the man, but never returned.

His corpse was allegedly discovered the next day on one of the estates.

A resident, who did not want to be identified, said the chairman of the estate called the attention of residents to the corpse on Saturday.

He said, “I was sipping tea around 7am when I heard the chairman blowing a whistle. I thought it was strange, but my wife called my attention to the surging crowd on the estate.

“I went downstairs and saw the corpse on the road. Like everybody, I was alarmed. We could not tell how the corpse got there or who he was. He had multiple stab injuries in the head. We all resolved that the case should be reported at the FESTAC Police Station.”

The Police Public Relations Officer, SP Dolapo Badmos, confirmed the incident, adding that the case had been transferred to the State Criminal Investigation and Intelligence Department, Yaba.
You must log in or register to reply here.

K
Metro “He knows something” Facebook users call on police to investigate a man after he dropped a hint while gloating over the death of Uwa Omozuwa – Linda..

Metro Photos: Ambrose Alli University graduate stabbed to death by phone snatchers as he arrives Warri two days after passing out of NYSC in Calabar – LIB