Madrid dominated from the start and led when Casemiro - who earlier hit the bar - slid in a half volley.

They doubled their lead when Isco calmly slotted in from eight yards after a neat one-two with Gareth Bale, who started ahead of Cristiano Ronaldo.

United were unable to create another clear-cut chance as Madrid became the first team to retain the Super Cup since 1990. 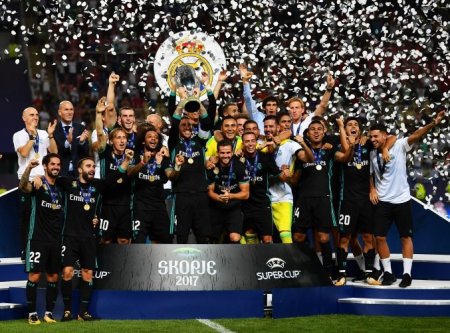