Speaking with DAILY INDEPENDENT on Friday, Sani said, "May be he took his time to play Abacha who wanted to be adopted by all the political parties".

Sani urged President Jonathan to tell Nigerians why he should be re-elected.

Also, Second Republic politician, Dr. Mohammed Junaid, described the decision of Jonathan to contest the February 14 presidential election as irresponsible and amounting to nothing.

"He has not told us why he wants to run and what he intends to achieve". 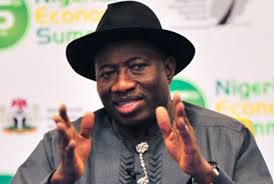 P
Politics Jonathan Reacts To Alleged Corruption During His Administration

P
Politics How We Will Take Over Power From Buhari - New Mega Party, ADP