Shukurat Mayowa Ahmed, died in a private hospital in South Africa after battling with Ovarian cancer for a long time. 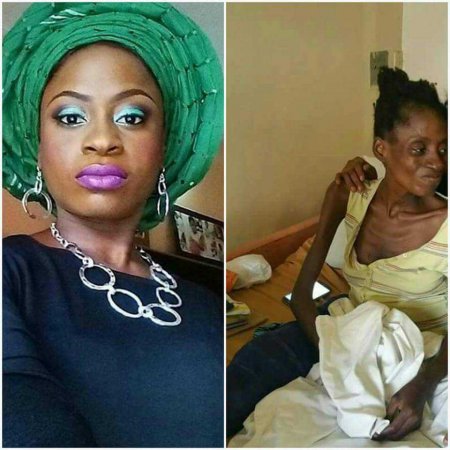 She died on Sunday, August 21, 2016, and was said to have been buried in the country, according to Islamic injunction.

A source disclosed to Enconium Weekly that the need to bury the remains of Mayowa in South Africa where she finally gave up the ghost was not in any way connected with the inability of her family and those handling her pathetic situation to bring her corpse back to Nigeria as being bandied but largely due to the fact that she was a muslim and there was no need delaying her burial anymore.

According to the source: “Shukurat Mayowa Ahmed died in South Africa and has since been buried according to muslim rites. Not that there was no money to fly her corpse back to Nigeria. After all, the police have lifted embargo on her bank account to enable the family access enough fund to take care of her and every other expense concerning her. And now that she couldn’t survive the ailment, the best thing is to bury her immediately in South Africa so far she was a muslim. I think that was what happened. May her soul rest in peace.”

Mayowa was flown to South Africa on Thursday, August 11, 2016, for intensive care after some kind-hearted Nigerians raised about N100 million for her treatment and all. The controversies that trailed the fundraising were settled by the police. But she was reported to have passed on 10 days after.
PLACE YOUR ADVERT HERE
Connect with people interested in education, social, crime and health News!