Politics Melaye Was Impeached As President of Geography Students - Classmates

In another twist to the ongoing certificate controversy of Kogi Senator, Dino Melaye, Sahara Reporters has claimed that the controversial lawmaker was impeached as the president of the National Association of Geography Students at the institution. 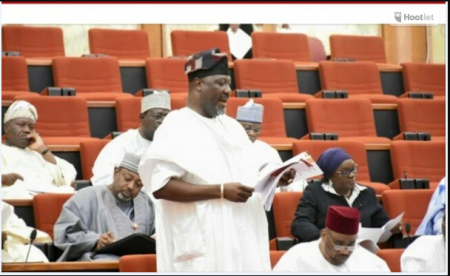 Sahara Reporters said Melaye's classmates revealed that the senator was impeached due to fraud allegations against him.

This new development comes after Sahara Reporters, in its report, said Melaye did not graduate from ABU.
A

Now he was a student but was impeached as national president of hie department. SAHARA REPORT. GO SLEEP.....
U

Sahara, what l want from you is the evidence that Dino didn't graduate from ABU, Zaria.