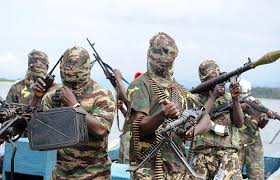 The group conveyed its readiness to disband its Aaron Team 2, ‎headed by Odein Ajumogobia and work with Chief Clark. Secretary of Aaron Team 2, Timipa Okponipere, who conveyed MEND’s position to the elder statesman‎ in Warri, however, gave some conditions.

Chief Clark, who commended MEND for accepting the outcome of the meeting of Niger Delta monarchs, leaders and stakeholders , last Friday, in Warri, said that leaders of the region would appraise it’s request. “But be rest assured that we are together,” he added.

Chief Clark and other leaders, who were with him during the visit of the Aaron Team delegation, denounced the Ijaw leaders, who, Thursday, met with the Minister of State for Petroleum, Dr Ibe Kachikwu, without authorisation from ‎other ethnic nationalities. He denied sending them on the misadventure.