Curators
FREE Nigerian Business Directory
✅ NEW - get your business listed and your information shared across social media.
Ad
Lanre Gentry, the estranged husband of Nigerian actress, Mercy Aigbe, has disclosed that the Nollywood star has been suffering from psychological problem for long. 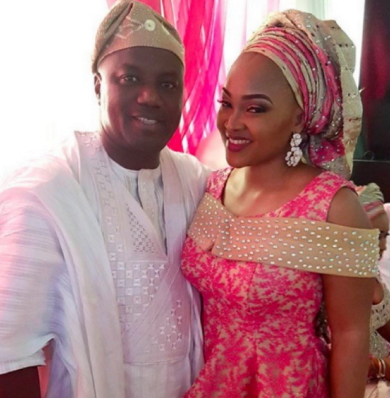 He said this in a chat with BONonline where he discussed the recent crisis rocking his marriage.

Lanre said contrary to the reports making the rounds that he turned the actress into a punching bag, it was Mercy that ganged up with her friends in her designer, Luminee House, to attack him.

He claimed that while the others beat him, his wife hit him hard with a stool.

According to him, “Mercy has mental issues and I’m the one who knows how many places we’ve been to so she can remain stable, I have papers to prove this.”

Lanre denied that he has ever beaten Mercy, despite the fact that he caught her several times with different men. He cited an example of last year when she said that she was going to China for 2 weeks but instead, went to a hotel in Dubai with a man.

The report claims Lanre further displayed different whatsApp conversations and a particular one where Mercy was asking a third party to get some dollars from ‘the man.’

He added, “When I confronted my wife, she said she only wanted to collect money from him – a married woman!!! But I discovered that it was the same man that paid for the Magodo house she recently moved to.

“See, I understand her antics too well. All she wants is be free to live the life of a single woman. What I have tolerated from her all these years, no man can tolerate from any woman.

“I worshipped her and I have deposited N8m at Benefit Motors to buy her a N16m Range Rover Evoque for her 40th birthday. I also paid N1.2m for a hall opposite Sheraton Hotel to celebrate her big, but she has her eyes on other things.”
A

You don't know what to say oga
A

LASTMA . The gist was everywhere. He beat the woman and said she has mental issues, tried to get her locked up
A

Even if the story about her flirting with men is true, the man still doesn't have any right to beat her up. Like I said earlier, there are better ways to handling issues like this rather than domestic violence. Beating the woman everyday won't make I stop flirting at all.