Curators
FREE Nigerian Business Directory
✅ NEW - get your business listed and your information shared across social media.
Ad
One Taye Boko and his accomplice were on Wednesday apprehended for armed robbery in Lagos state. 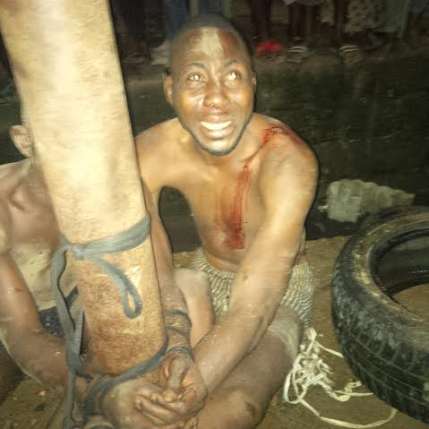 The duo was nabbed by irate mob in the early hours of today in Buari Street, in Mushin area of the state.

Reports say Boko, a suspected ex-convict, and his yet-to-be named accomplice are notorious armed robbers terrorizing the area and allegedly use charm to open locked padlocks.

But for the intervention of officers from Olosan Police Station, they would have been lynched by irate mob who apprehended them, beat them and tied them to an electric pole. 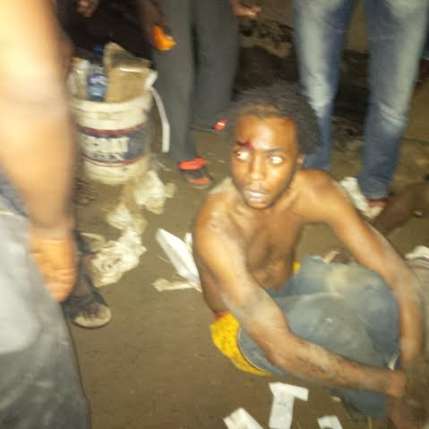 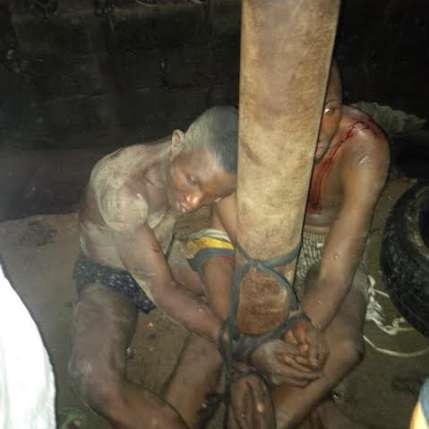 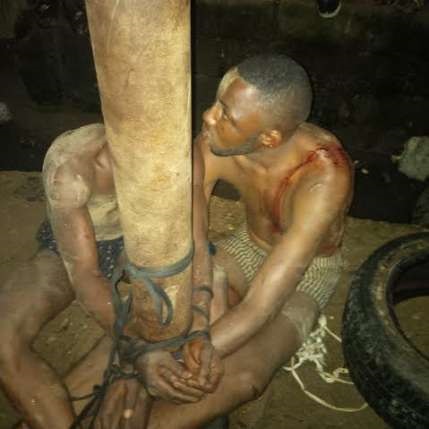