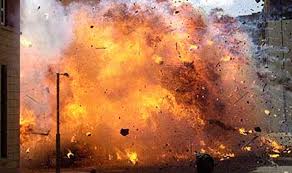 Spokesperson of the Civilian-JTF, Bello Danbatta, confirmed the attacks to PREMIUM TIMES

“We evacuated at least four corpses and 13 injured last night when the suicide bombers sneaked into Dalori camp,” he said.

“The first attacker made it into the camp and blew himself up killing and injuring the IDPs.

“The second one exploded when the attacker, a female, was attempting to climb the perimeter fence of the second IDP camp known as Dalori (2). The third one blew off outside the fence of Dalori (1).

“We just had the fourth one this (Monday) morning and we are heading there to evacuate the casualties”, he said.
M

Boko Haram has been weakened - Burantai
You must log in or register to reply here.