FREE Nigerian Business Directory
✅ NEW - get your business listed and your information shared across social media.
Ad
The Director, Muslim Rights Concern (MURIC), Ishaq Akintola has rejected any idea of imposing a ban on hijab saying it is escapist and scapegoatism.

Last night, President Muhammadu Buhari hosted media executives to a presidential media chat. The president hinted on the possibility of imposing a ban on hijab in the near future if the bombings continue. 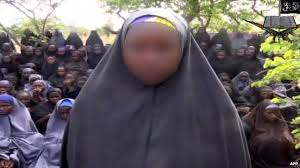 Ishaq said banning of hijab will open the floodgates of anarchy. Instead of solving Nigeria’s security problems, it is most likely to compound it.

More on the Press Statement:

If army and police uniforms are not banned although they are often used by bandits, why should we ban hijab? Security agents know how they often fish out hoodlums who use police and soldiers’ uniforms to commit atrocities. The same method should be used to prevent the use of hijab for bombing.

What crime have Nigerian Muslim women committed that they should be derobed in public? Without their hijab, Muslim women feel as if they are naked.Users of hijab are in all walks of life. They are civil servants, business women, teachers, etc. Most importantly, they are tax payers and voters. They voted Buhari into power. Is Buhari’s government warming up to encroach on Allah-given fundamental rights of Muslim women? Is this an appropriate pay-back?

Another dimension in the idea of banning hijab is the geographical area likely to be involved in the ban? Will it be limited to the three troubled states of Adamawa, Borno and Yobe? Will it extend to the whole North East or will the ban cover the whole of Nigeria?

The question also arises, Mr. President, if you ban hijab, what is the time frame? When will you deban it?Are we not likely to experience more religious upheavals after the ban as some religious zealots will want to capitalize on the ban by maltreating Muslim women? Will these religious fanatics who use the period of the ban to oppress Muslim women stop their repression even after hijab has been de-proscribed?


Has President Buhari pondered over the impact of the imposition of a state of emergency on those three states by the past administration? Did it stop insurgency? We posit that Boko Haram handlers will simply shift to other methods to conduct their nefarious activities. Already they have introduced suicide bombing by children. Is Buhari going to ban children from going out to the streets?

MURIC appreciates Mr. President’s dilemma. We understand that Boko Haram must be defeated. But Muslim women must not be the scape goats. Nigerian Muslims will not succumb to a policy that dehumanizes their mothers, wives, daughters and sisters. Banning hijab tantamounts to institutionalizing the stereotyping of Muslim women. This is unacceptable.

Hijab is more than a covering for female Muslims. It is a unique identity for Muslim women. It is a mark of dignity and a symbol of piety. Hijab is an integral part of Islam, a microcosm in a macro. Whoever bans hijab has fired a shot at the religion of Islam. We therefore advise Mr. President to tread softly.

Hijab also represents chastity and innocence. By banning hijab, Nigeria will be pronouncing its hypocrisy to the international community as a country which claims to be fighting HIV and AIDS yet it has failed to protect chastity and innocence. Whoever bans hijab has given unbridled licence to indecent dressing among women, its attendant sexual licenciousness and the exposure of society to its aftereffects.

Buhari and his security chiefs must therefore find other means of stopping the bombings. They should leave Muslim women alone. Nigeria’s security agencies must sit up and device other means. There must be new initiatives and fresh ideas. Armchair crime-fighting is an anachronism. They must not use Muslim women as scapegoats. They must step up their intelligence gathering gimmicks.

On a final note, we opine that banning hijab will be a mark of victory for Boko Haram. The insurgents will celebrate their success in causing so much confusion and such wide division between the government and its Muslim citizenry.