Politics My father not arranging a new wife for Buhari, says Mamman Daura’s daughter - The Cable

Curators
FREE Nigerian Business Directory
✅ NEW - get your business listed and your information shared across social media.
Ad
Fatima, daughter of Mamman Daura, has refuted social media claims that her father is arranging a second marriage for President Muhammadu Buhari.

Daura, who is Buhari’s older nephew, is often described as the head of the so-called cabal that takes most decisions under the current administration.

The cabal is said to have asked the president to marry Sadiya Umar Farouq, the minister of humanitarian affairs, to spite Aisha, his wife of 30 years, over constant criticism of the clique 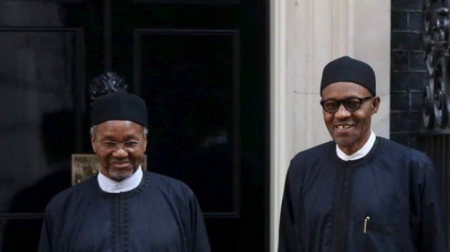 Oct 17, 2019
ese
E
E
Politics Why is Mamman Daura and his family members living in the villa?- Nigerians react to the Aisha Buhari leaked video - LIB