Curators
For Sale - One Bedroom Executive Flat - Lagos (NGN37m)
✅ NEW - car park, swimming pool, 24 hours light/security and more.
Ad
The Lagos Division of the Court of Appeal on Tuesday ordered Barewa Pharmaceutical Company to pay a fine of N1m for the sale of a contaminated baby teething mixture, My Pikin, which resulted in the death of a number of babies in the country. 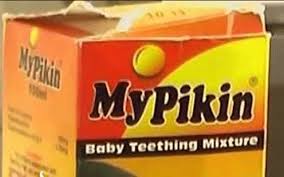 In a lead judgment read by Justice Chinwe. Iyizoba, the Court of Appeal set aside the decision of a Federal High Court in Lagos, which on May 17, 2012 ordered the winding up of the company and the forfeiture of its assets.

Rather, the appellate court ordered Barewa Pharmaceutical Company to pay a fine of N1m for the offence.

The Court of Appeal however upheld the seven years imprisonment imposed on the company’s Production Manager, Adeyemo Abiodun, and its Quality Assurance Manager, Egbele Eromosele, by the lower court.

The Federal High Court had in a judgment delivered in 2012 by Justice Okechukwu Okeke, now retired, convicted Barewa Pharmaceutical Company, Abiodun and Eromosele on two counts of conspiracy and sale of a harmful teething mixture pressed against them by the National Agency for Food and Drug Administration and Control.