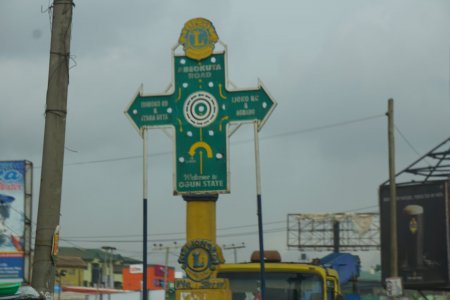 ‘Orimedu tailor’ as she was fondly called was nursing a two-month-old baby before her death on Friday 25th Nov.

According to an eyewitness report, ‘Orimedu tailor’ was reported to have been ill before the unfortunate event.

She reportedly slumped and died while at her shop, her neighbours raised an alarm and people gathered at her shop to sympathize with her family for the untimely loss.

Miss Blessing Musa who recounted the incident with PM News correspondent said once Orimedu tailor passed on, her pastors from the Redeemed Christian Church of God where she worshipped came to her shop and prayed severely for her.

In her words, Blessing said, “Last Friday, Orimedu tailor who had been sick for some days, but was getting better after taking some medications, slumped and died few minutes after she arrived her shop.

“We heard that they prayed severely for about 7 hours and a miracle happened, Orimedu tailor woke up and everyone began to rejoice, once she stabilized, they took her to the hospital.

“It was early Saturday morning that we learnt Orimedu tailor died the second time late Friday night and her body has been deposited at the mortuary”.

Dec 20, 2021
ese
E
E
Metro Boma and I didn't have sex but it was wrong as a married woman to be kissing - Tega apologizes for her behaviour in the Big Brother Naija reality show

Oct 11, 2021
ese
E
E
Entertainment Boma and I didn't have sex but it was wrong as a married woman to be kissing - Tega apologizes for her behaviour in the Big Brother Naija reality show

World Barbara Hillary, the first black woman to make it to both the North and South poles, dies – CNN