For Sale - One Bedroom Executive Flat - Lagos (NGN37m)
✅ NEW - car park, swimming pool, 24 hours light/security and more.
Ad
Mr Nawani Aboki, Director-General of the Mamman campaign organisation on Monday told newsmen that Chris Mamman, a governorship aspirants on the platform of the Peoples Democratic Party (PDP) has not been seen since a mob attack on him and two other aspirants.

Aboki said that the aspirant was last seen at about 8.30 p.m. on Sunday night in Lafia after he was rescued from the mob in Nasarawa Eggon.

He alleged that the attack on his candidate and his subsequent disappearance was the hand work of his political opponents.

"Our candidate was in Nasarawa Eggon as part of effort by the Eggon traditional council to ensure that they are able to speak with one voice and have one candidate ahead of the governorship primaries. However, as our candidate was approaching the palace of the traditional ruler, some youths came out, accosted and manhandled him but he was later rescued.

"Even after he was rescued, we were told later in the day that some unknown people came and took him away and we have yet to make contact with him for the past 12 hours,’’ Aboki said.

Aboki said that the organisation would lodge a formal complaint with the police if he could not be found by the end of the day. 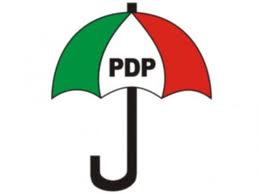