For Sale - One Bedroom Executive Flat - Lagos (NGN37m)
✅ NEW - car park, swimming pool, 24 hours light/security and more.
Ad
The Nigerian Bar Association (NBA) says it will investigate the action of the senior counsel who represented the Senate President, Dr Bukola Saraki, at the Code of Conduct Tribunal on Thursday.

NBA General Secretary, Mr Afam Osigwe, told the News Agency of Nigeria (NAN) on Friday in Abuja that the association would undertake the investigation to ascertain facts of what transpired at the tribunal before taking a position. 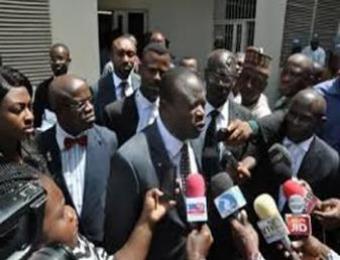 “We got different accounts in the media and would need the correct details to allow the NBA to react from an informed position.

“From the accounts we got through the media some said the lawyers walked out while others said they withdrew.

“So, due to the inconsistent choice of words, we cannot speak on the matter until we get the full and accurate details,” he said.

The lawyers, Messrs Mahmud Magaji (SAN) and Ahmed Raji (SAN), had withdrawn their services as lawyers representing Saraki at his trial on allegation of false asset declaration before the tribunal.

They had also staged a walk out with the junior lawyers who appeared with them before the tribunal concluded the case.