Politics Ndigbo Should Have Legs in Both PDP,APC -Ngige

Senator Chris Ngige, Vice Chairman, Senate Committee on Power and a chieftain of the All Progressives Congress (APC) is calling unto Igbos all over Nigeria to join his political party; Daily Independent reported.

Speaking with journalists at his campaign office in Awka, Ngige said, "Some people call it (APC) Boko Haram party. Some people call it Yoruba party. Why is it that the third leg of the tripod in Nigeria in terms of major tribes in the nation is not finding that party attractive to go and put their leg.

"It then means that the political strategists in that region are not thinking. But some of us, who are empirical and analytical in whatever we do, in line with my principle of not deceiving myself, decided to go and form that third leg for our people. Nobody knows tomorrow.

"We are not soothsayers but I know that we have a leg in PDP, therefore, why should we not have a leg in the main opposition because as the Igbo would say it, ‘tomorrow is pregnant’. Nobody knows tomorrow. So, we are going to work very hard in the South-East, to convince a lot of our people that we should not put all our eggs in one basket because for us to do that would amount to political suicide,” he said. 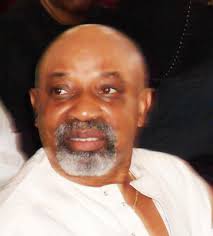 May 6, 2021
Kayode Israel
K
K
Politics ”It is absolutely clear to me that the perception that we had in the pastÂ is clearly wrong”- FFK speaks about President Buhari and the APC after.....