FREE Nigerian Business Directory
✅ NEW - get your business listed and your information shared across social media.
Ad
The National Drug Law Enforcement Agency (NDLEA) on Monday said it had intercepted a letter laden with heroin in Lagos.

Mr Mitchell Ofoyeju, the agency’s spokesman, said the letter was sent from Bangalore, India, via Express Mail Service (EMS). It was addressed to one Mr Yunusa Amusan, 33, in Mushin, Lagos.

“Upon interception by the NDLEA, about 480 grammes of powdery substance that tested positive for heroin, was found inside the letter.

“This is the first case of heroin letter discovered by the anti-narcotic agency this year,’’ he said. 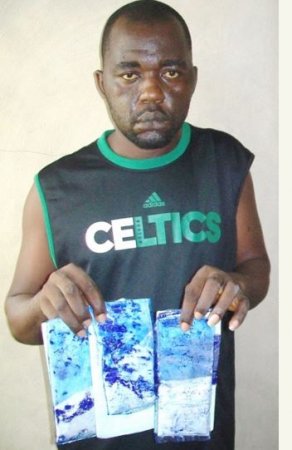 Chairman of the agency, Mr Muhammad Abdallah, said that the arrest was recorded following the diversification of the agency’s operations.

The NDLEA boss added that investigations revealed that the suspect, already in custody, allegedly connived with his uncle, who lives in India, to import heroin disguised as letters to Nigeria.

“The operations of the agency have been diversified to cover mail services”.