Winnie Mandela, the ex-wife of South African anti-apartheid fighter and former president Nelson Mandela, died on Monday at the age of 81, her spokesman said.

She died in a Johannesburg hospital after a long illness, spokesman Victor Dlamini said in a statement.

Winnie Mandela, who was married to Nelson Mandela for 38 years, played a key part in the campaign to end white-minority rule but her place in history was also stained by controversy. 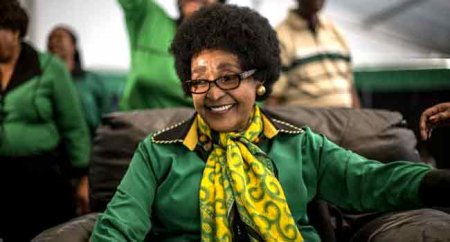