World New Case OF Ebola Surfaced In Liberia - WHO

The World Health Organisation on Friday announced that a new case of the deadly Ebola virus has discovered in Liberia, which was declared Ebola free in September, this year.

There is one confirmed case,” WHO spokesman Tarik Jasarevic told AFP, without providing further details. 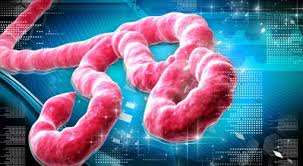 The west African nation, where thousands died at the height of the epidemic last year, was first declared Ebola free in May, only to see the fever resurface six weeks later, and again in September.

Since the beginning of the outbreak, Liberia has registered more than 10,600 cases and 4,808 deaths, according to the latest situation report from the UN health agency published earlier this week.

Guinea still must wait 42 days with no cases before being declared Ebola free. Sierra Leone was declared to have beaten the virus earlier this month.