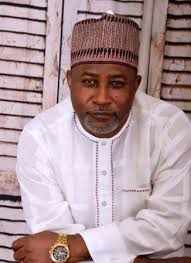 VANGUARD reports that FRSC, Boboye Oyeyemi said that Ocholi’s driver had no drivers license as his name was not found on the data base of FRSC.

Oyeyemi made the disclosure while presenting the accident’s Road Traffic Crash Investigation Interim Report to the Federal Executive Council , FEC, on Wednesday at the meeting of the body at the presidential villa, Abuja.

The driver who was not named died in hospital shortly after the accident.