FREE Nigerian Business Directory
✅ NEW - get your business listed and your information shared across social media.
Ad
The newly elected President of Confederation of African Football (CAF), Ahmad Ahmad has said he has refused to accept a salary from African football's governing body. Ahmad's victory in March ended the the 29-year reign of Cameroonian Issa Hayatou's. 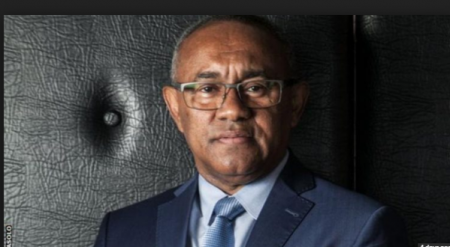 "The salaries of all Caf employees, from administrators to the executive committee and president, all have to be transparent."

The 57-year-old from Madagascar held his first senior Caf meetings on Monday ahead of the Fifa Congress on Thursday 11 May.
D

Then your restructure thins to respect the employees

Sports Nigeria’s Pinnick is next in line to run African football; can he clean it up? – The Africa Report